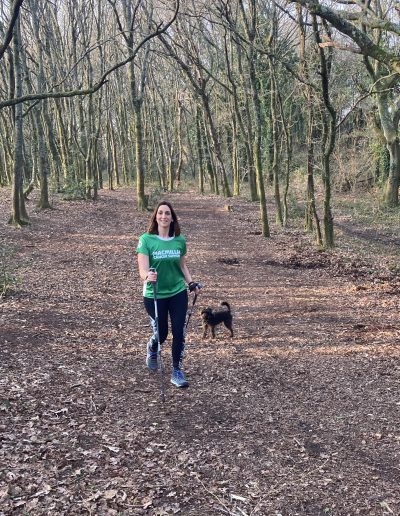 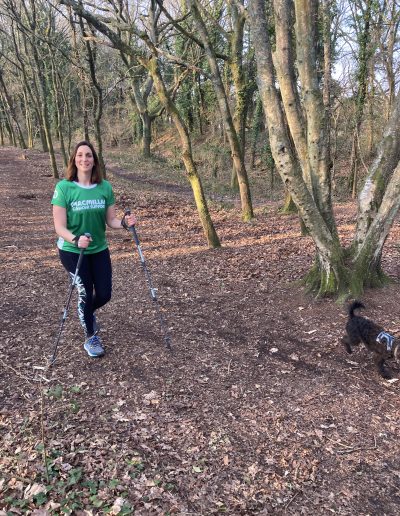 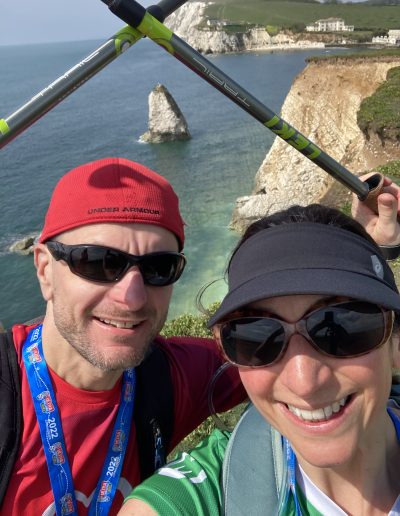 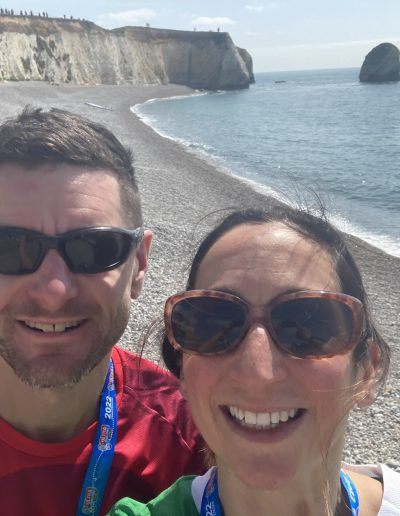 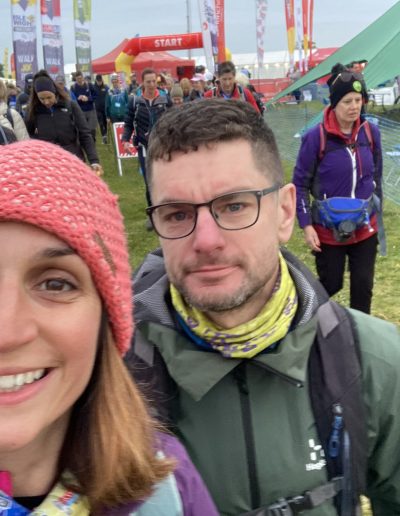 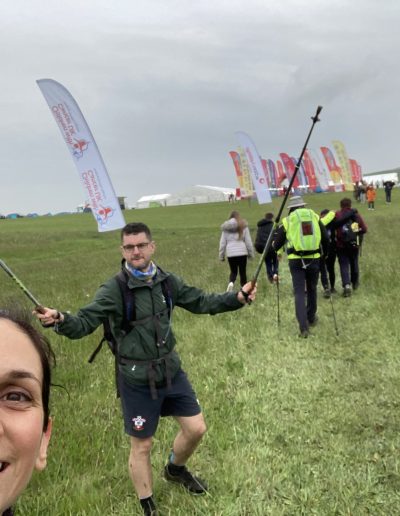 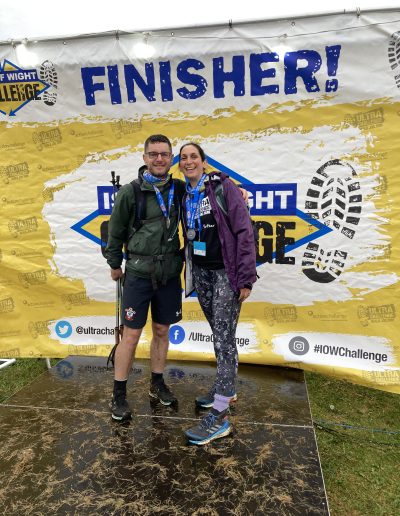 When Becky Lampshire in the A-One Commercial team heard her friends talking about an ultra-marathon they were planning, she knew that she wanted to challenge herself in the same way.

This soon became the start of Becky’s love-hate relationship with the long-distance events that test stamina and endurance to the limit.

The two-day treks through hot weather and rain, battling the blisters and the tiredness from disturbed nights under canvas camping along the route have not been enough to put Becky off though. She has several more ultra-marathons in her sights.

“I first heard about these events when four of my friends were talking about doing one to raise funds for the Forest Holme Hospice in Poole,” said Becky. “In a moment of madness I decided to join them and I got the bug from that.

“I really wanted to do another one for charity again this year but couldn’t persuade any of them to do it. My husband always wanted to do a challenge like that, so together we signed up for the Isle of Wight event.”

Becky, who is 41, and her husband Gordon, who is 46, have two children aged 13 and 10, so found training for the ultra-marathon even more of a challenge.

“It was really hard to fit in the training for both of us while making sure one of us was always on hand for the children too,” said Becky.

“I definitely didn’t do as much training for the Isle of Wight as I had done for the Jurassic.”

Gordon had a heart attack five years ago and so used the ultra-marathon as a way of raising funds for the British Heart Foundation.

“We are very lucky in that we live right next to the Forest. This massively helped us as we could train right from our house,” added Becky.

Now with two ultra-marathons under her belt there is no stopping Becky. She has her sights set on a calendar of other ultra-marathon charity events. But even though they are held every two weeks, she will be spacing out the ones she chooses a bit more than that.

“It does take quite a while to recover from one of these events,” she added.

A-One Insurance Group would like to commend Becky on her commitment to raising funds for such good causes. A truly fantastic achievement. 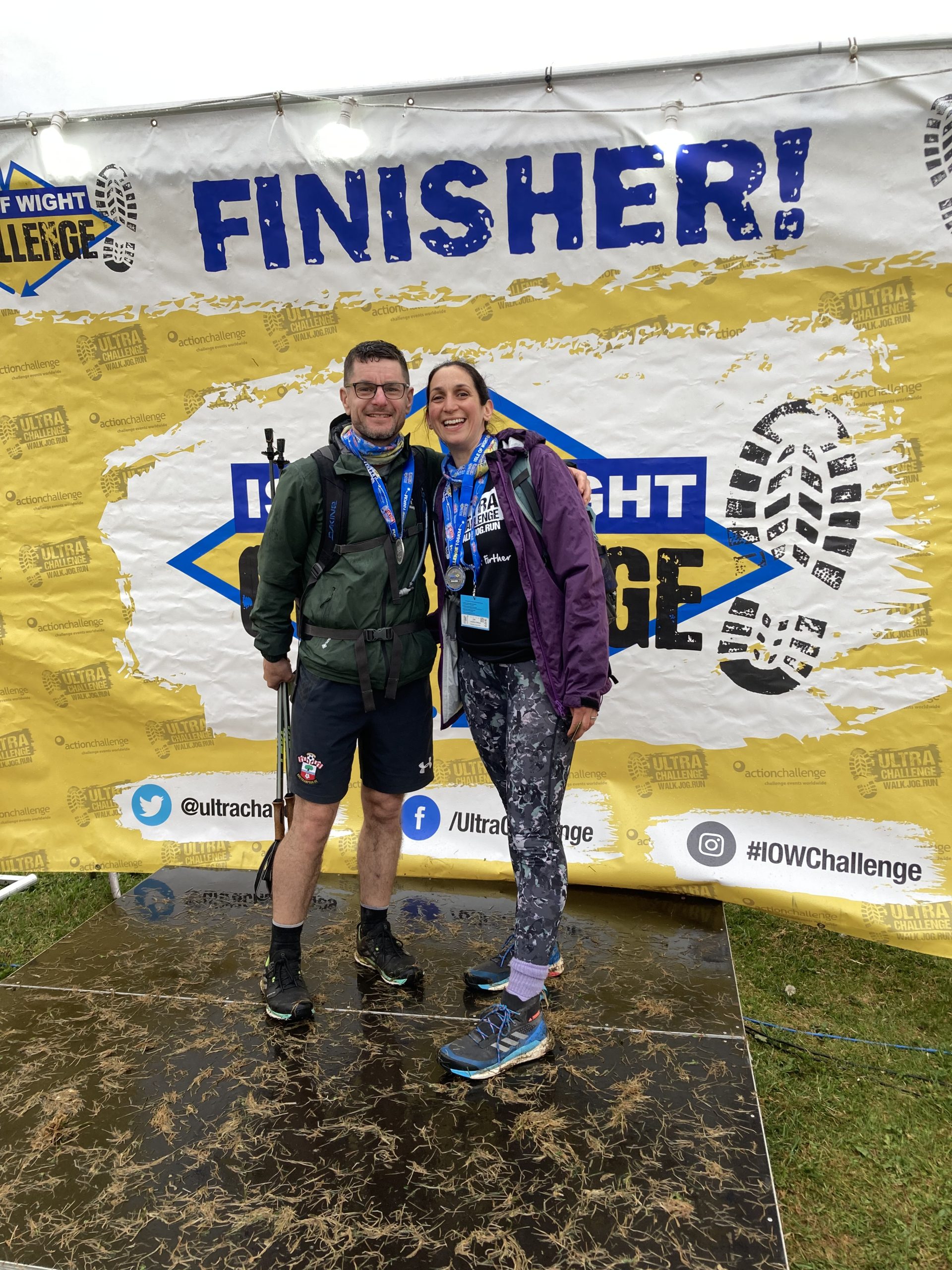